KingRoot is one of the most famous Android apps which brings the easiest rooting solutions for Android devices. This app is very simple to use and contains a user-friendly interface. In order to use Kingroot, you need to download its official app from Google Play Store and after that, you need to initiate the rooting process.

If your mobile phone runs on the Android Operating system, then you are lucky because Android is one of the most customizable mobile operating systems. Android users can also root their mobile phones by using apps such as Kingroot and SuperSU etc. All the other rooting apps also perform the same function, but these two are different because of their features and easy to use interface.

People using Kingroot have reported many flaws in the tool, which are quite irritating. That is why people prefer using SuperSU instead of KingRoot. Moreover, KingRoot does not allow access to other apps in some devices. In this article, we will discuss in detail how to replace KingRoot with SuperSU.

How to replace KingRoot with SuperSU?

Now if you have fulfilled all of these requirements, then you can move forward towards the procedure of replacing KingRoot with SuperSU.

1. By using the SuperSU App

The best way to replace KingRoot with SuperSU is by using the SuperSU app. This method is considered as the easiest one because there is no hassle in the whole process. But if this trick is not working for you, then you can give a try to other methods mentioned below:

Follow the steps below in order to replace Kingroot with SuperSU by using the SuperSU app. 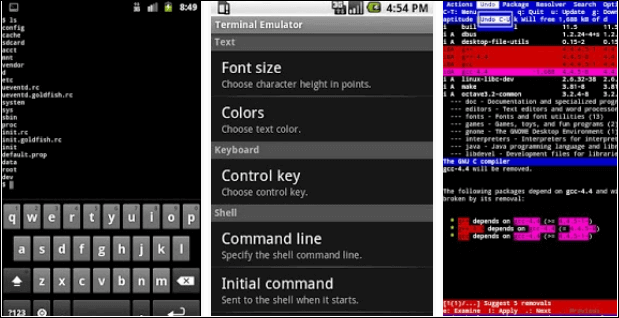 This method is a little advanced. I have also mentioned alternate methods in the article so that if you don’t get the solution by this method, then you can give a try to the others. Follow the steps below in order to replace KingRoot with SuperSU with the help of a terminal emulator.

If the above methods are not helpful for you, then you can use this one. This method is very simple as compared to the method mentioned above. In this method, all you need is a simple app that will replace Kingroot with SuperSU.

Can I uninstall Kingroot after rooting my phone?

After you have finished rooting your device, then you can install the SuperSU app and after that grant, all the necessary permissions to the app. Now, you can uninstall KingRoot because now your device is rooted.

Does SuperSU root your phone?

SuperSU app is available in the Google Play Store, but installing that version will not root your device. You need the root access first. For that purpose, you can use KingRoot and then you can replace it with SuperSU afterwards.

No Kingroot is not a harmful app, but its reputation is quite bad because of the shady practices. It is safe enough.

Can I unroot my phone after rooting?

If you have already rooted your phone and now you are stuck to the old version of Android, then you can do unrooting (It is easy in that way). There is an option available in the SuperSU app, which helps you to unroot your device and then you can replace Android’s stock recovery.

How to check if my phone is rooted or not?

In order to check if your mobile phone is rooted or not, then follow the simple steps mentioned below:

The above step will help you determine if your device is rooted or not.