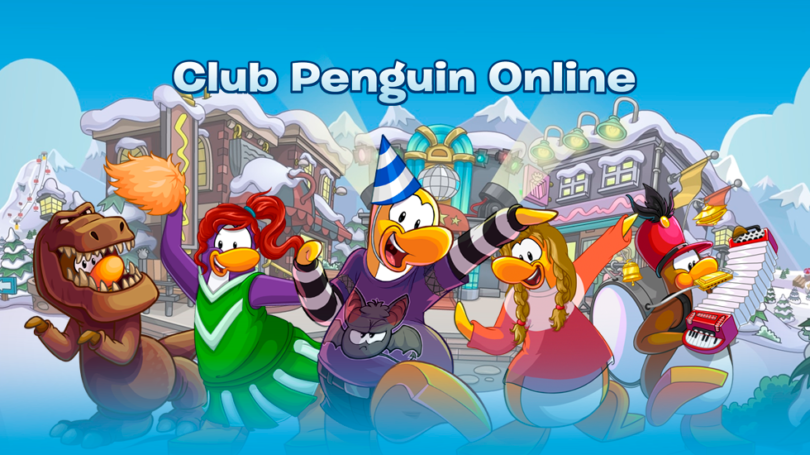 Are you looking for games like Club Penguin? If yes, then you are absolutely at the right place. Club Penguin is among the most famous social MMO games for children and also for teens (ages 4-16). The video game started back in 2005. It was created by New Horizon Interactive while the game is published, handled and promoted by Disney nowaday.

In the gameplay of club penguin gamers create their unique, virtual Penguin avatar and also explore the North Pole like game world conference with other players, participating in events or playing different mini-games.

Gamers can open their club Penguin account for free but, a membership is needed to access a variety of premium features, although this is definitely not necessary to enjoy the experience that Club Penguin provides.

Everything regarding this game is done well, and you will find constant events as well as updates that include much more content to an already great game.

Compatible Platforms: Club penguin is compatible with Android and iOS devices. You can also play this game online.

Pixie Hollow is a wonderful, multiplayer, role-playing, virtual world and browser-based online video game. It is created and published by Disney Interactive Studios. In this game, the players can select and customize more than three fairy characters.

They are also able to choose five talents such as Tinker, Animal, Garden, Water, or Light. Players can also customize their characters such as they can select the face, Eye Color, Hairstyle, Hair Color, Wings and the height of their fairy.

Compatible Devices: This game is available for Windows but you can also play it online.

Amazing World has been in demand for something unique and entirely different. This game allows you to explore a unique and colorful world that is full of action.

Compatible Devices: It is available for Android, iOS, Steam, Windows, Mac, and Online.

Moshi Monster is a video game that is played online. It created for children where gamers can adopt a virtual monster like a pet.  The video game was released in 2007 and it has quickly grown to tons of accounts all around the world. Moshi Monster can be played inside your internet browser making it very accessible and straightforward to begin playing.

Compatible Devices: You can play this game online.

Toontown Online is an amazing multiplayer game available online. This game is developed by Disney Interactive and it was published by The Walt Disney. The gameplay revolves around on an ongoing conflict between a population of animals known as Toons and Robots named as Cogs, who are trying to take over the town.

Panfu is a game that was basically developed for kids, aged between 5 to 14. This game is a virtual world and it is free to play. You can play it online on your browser. This game revolves around chatting, avatar customization and also questing.

Neopets is an amazing multiplayer game available online. This game is role-playing and fantasy-based virtual world. It was developed and published by Viacom. This game allows you to create and take care of virtual pets named as Neopets and lets the player explore the vast and fantastic virtual game world.

Herotopia is a multiplayer game available online. It is role-playing, virtual world and browser-based video game that is developed by Herotainment and it was published by Jagex. The game allows you to create your own avatar and you can also select a superhero that you will use throughout the whole match.

Monkey Quest is a multiplayer game that is played online. It is quite addictive, a browser-based fantasy video game that is created by Behavior Interactive and it was released by the Nickelodeon Games Group.

The gameplay around the fantasy world called Ook and it also allows its players to explore it.

WeeWorld is a game that allows its users to create their unique avatars and also participate in social networking features. The game with its 2D virtual world has won the heart of millions as it is open to users of all ages. Wee World has grown its network to millions of players worldwide.

Rescreatu is an excellent, virtual World, browser-based and fastest-growing one of the best Virtual pet games that are available to play online. In this game, you can travel towards the beautiful and fantastic world of the game, collect and explore eggs, hatch crusts and raise them as your pets.

Why is Club Penguin Shutting Down?

Club Penguin is shutting down because it was not active as it used to be. It was costing Disney money to fund and they dropped the developers and Club Penguin was not able to compete for years.

Club Penguin rewritten is safe to play. You can play it for free and access to many features. Content-wise it is best while it is a pirated game (with some complex legal disclaimers). It has served to be enjoyable for many people.

How do you get Gold Nuggets in Club Penguin?

You just need to head to the pet shop with a Puffle and buy them a gold O’berry. Once they have had that sparkling snack, then take your pet on a walk to find the gold nuggets.

How do you get money on Club Penguin rewritten?

You receive 500 coins when you create a penguin. You can earn coins by playing games, mining at Cave Mine, or using codes.

How do you adopt a Rainbow Puffle on Club Penguin?