Texting games are useful when you are bored or even if you don’t like the typical texting conversation. In this article, I will provide you with some of the best texting games that you will absolutely love to play.

The following is a list of some good and highly recommended texting games. 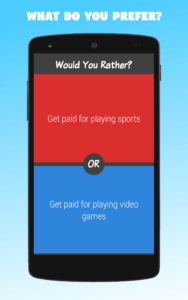 This game is usually played in a face-to-face set up, but you can do it over text instead. Would You Rather game may reveal the nature of your girlfriend/boyfriend. The basic rule of this game is to ask a question that starts with “Would you rather….” Then this question is followed by hypothetical scenarios.

Those scenarios can be interrelated or they can be as distant as you wish them to be. However, the two options should carry the same weight. Your questions must be creative. The best would you rather questions are those depict uncomfortable yet equally terrible options. Would You Rather is a great get to know you game played by millions of users worldwide. 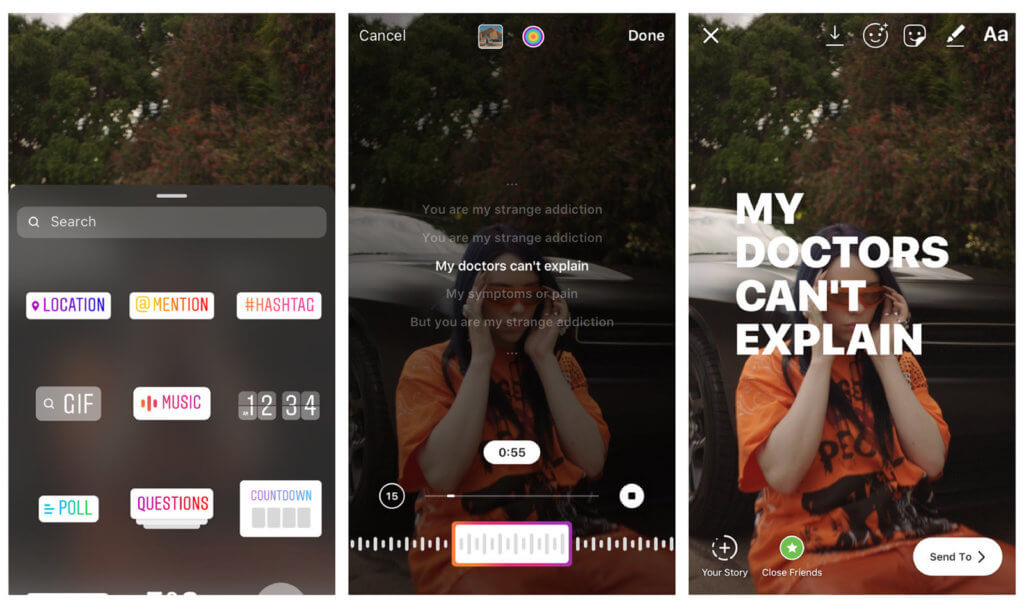 This is a great texting game for music lovers. It tends to be boring for those who don’t like music that contains lyrics. Nevertheless, its the kind of game that you can play when you are out and about while your boyfriend/girlfriend is bored in the house.

The game is played by one person quoting some lines from a song and send it to the other via text. The other person will have to guess the song from which the lyrics are extracted. This is great if both of you love music.

You can also include classic lines from a movie or a plot. This game is good to play with your partner. 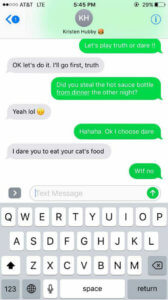 This game is one of the favorite game amongst families. Although, it’s usually played during a long car journey but it can still offer fun and excitement when it is played over a text message.

To play this game, you can start by telling your girlfriend/boyfriend of where you are. Look around your environment and find something in particular.

Your partner will have to guess what you have spied. You will have to give him/her a clue/hint too but you will only give the first letter of the object. 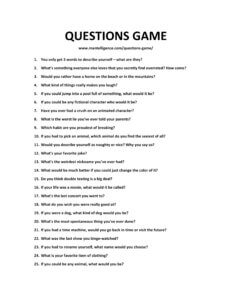 Its a 19th-century game. This classic game is a form of deductive reasoning that became a quick hit in the late 40S. The typical game requires not more than two people. The rule is simple. One person should choose an object. While the person has to guess what that object was.

Once the subject has been chosen, the other player has to send a series of questions through a text to narrow down the subject. All those questions are only answerable with a Yes or No.

The game will continue until both of you guess the correct answer or the 20 question have been used up.

This is not a popular game but it still offers fun and excitement. You can find various abbreviations everywhere, from company names to phrases that are shortened for ease of use.

However, texting in this game, you are going to abbreviate what you are up to.

For example, you can type “I am in my room.” You can abbreviate it into IIAB. The other player will try to unabbreviate it so it will go back to its original form.

6. Never Have I Ever

This game usually involves a lot of players during a drinking session. However, this too, can be played over text with just two people. It is another great get to know you game. It reveals facts about your girlfriend or boyfriend.

The players will take turn in making statements about what they have never done before. Each time a statement is made that is the opposite of his or her experiences, the opposite player loses one point.

Some rules should be applied on how someone will lose a point. The questions and answers of both players can reveal some deep-seated secrets about the players.

The answers can build a narrative that is usually created by the first player. Sometimes, the story built could be terrific too. It can also be an epic and a really good story. The back and forth statements can eventually build a plot over text.

In this game, one of the two players will start to text a ‘what if’ scenario and ask the girlfriend or boyfriend what they would do in that particular situation. There is no right or wrong answer but it is fun to find out the other player’s responses. This game will also help you to get to know more about your crush.

You can use some variations like leaving the question to be open-ended. There are several variations that you can do with this game to make it more fun and exciting. 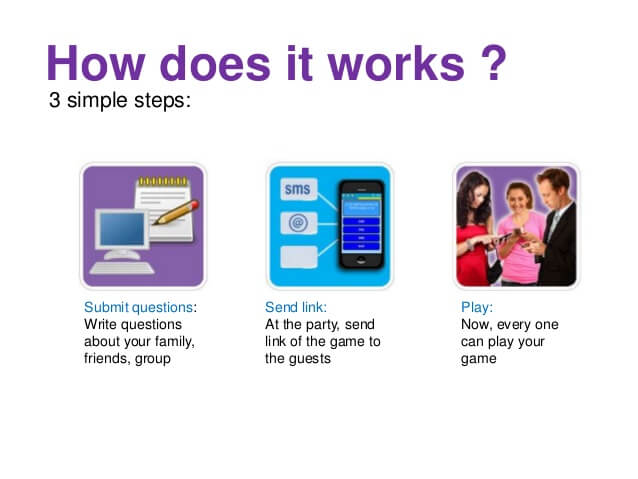 This is yet another awesome game to get to know each other. It is perfect if you have started dating or have dated awhile already. There are some personal things that you might not know about your girlfriend or boyfriend. It is also a kind of game that requires asking personal questions. This game is played by many players all over the world. It is highly recommended and contains a good interface.

These were the top 9 texting games to play with your boyfriend or girlfriend whenever you are bored. You can play this game on android devices. If you have any questions or complaints then do let me know in the comments section.

What games can you play while texting?

Games can you play while texting