Kodi is a free media center software that can be accessed across various operating systems. The application allows users to consume streaming media like movies, TV shows, live TV and sports. If you once understand about these apps working, then its time for changing the default skin of your Kodi by using the best Kodi builds. Well, this technical definition of the best Kodi Builds will only do justice to techies who already understand their way through this great app.

In this article, we will line-up the best Kodi builds for Android, Windows, Mac and other Kodi compatible devices.

Kodi builds bring unlimited streaming content, but you could also get in legal trouble. Kodi users must use a VPN to hide their identity while streaming movies/TV shows/sports. Other popular add-ons also require a VPN to work. I will recommend Express VPN which is the best VPN for Kodi. You can get three months free and save 49% on its annual plans. The Kodi builds are easier to install as compared to additional Kodi addons.

Here is a list of Best Kodi Builds for 2019 that you will absolutely love. 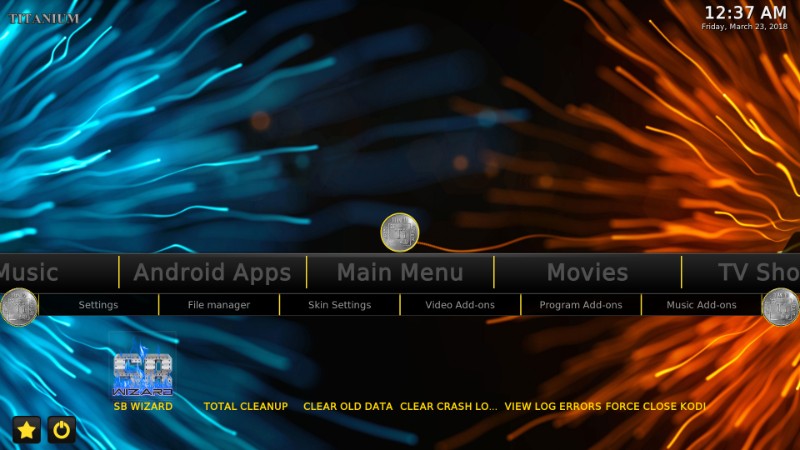 Titanium build was recently launched like other Kodi Builds. It contains a whole new world of entertainment which makes it stand out among the top Kodi Builds. You can get the following features in this build 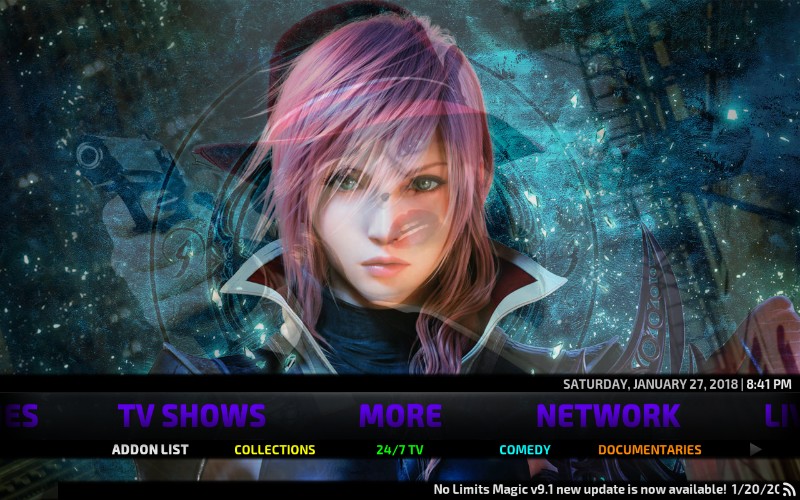 Many Kodi users recommended No Limits Magic Build for its capabilities when it comes to online entertainment. At this moment, it stands among the most famous and reliable Kodi Builds.

In order to watch regional restricted TV shows and movies, you will have to invest in a good VPN. I have already mentioned above the uses of having a VPN while using Kodi. Most popular add-ons in this Kodi Build include 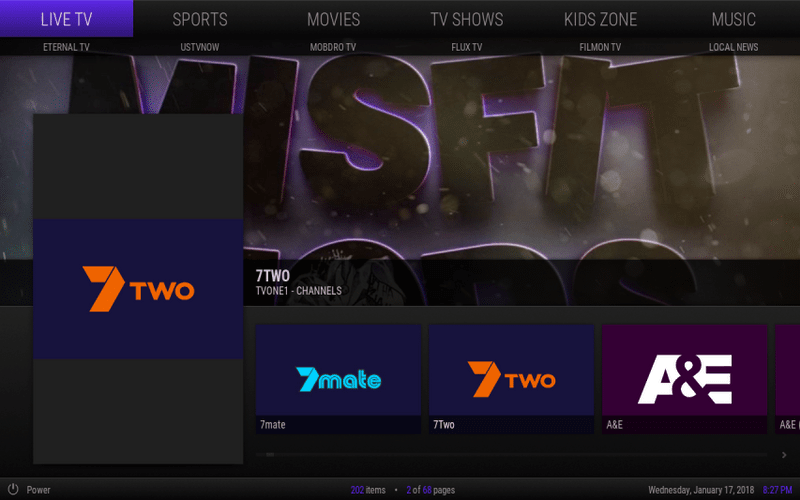 Most people install Kodi on their devices in order to watch various TV shows/movies/Live Sports etc. The Misft Mods Lite Kodi Build will provide you with all of these features. This build brings a wide array of video streams that include multiple sub-categories in each of its sections.

The Misfit Mods Lite comes with wonderful add-ons like 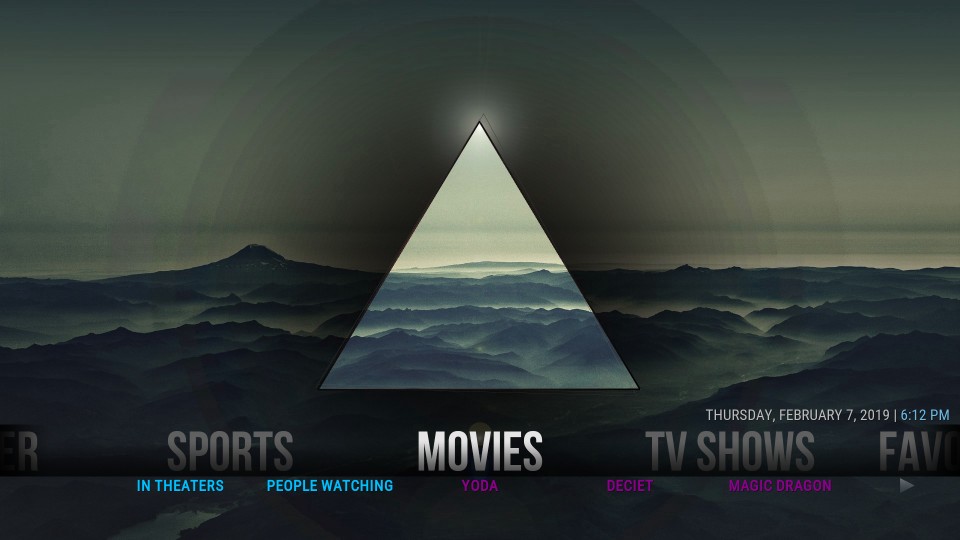 Streamline is another quality build that works amazingly on Kodi 18.3 part of the Whiz Kid Wizard, this build brings to you a decent rally of video add-ons for all kinds of streaming needs.

The biggest draw of this build is its size. It is a lightweight build that offers great performance on all Kodi devices including the ones with low RAM and processing power such as FireStick. 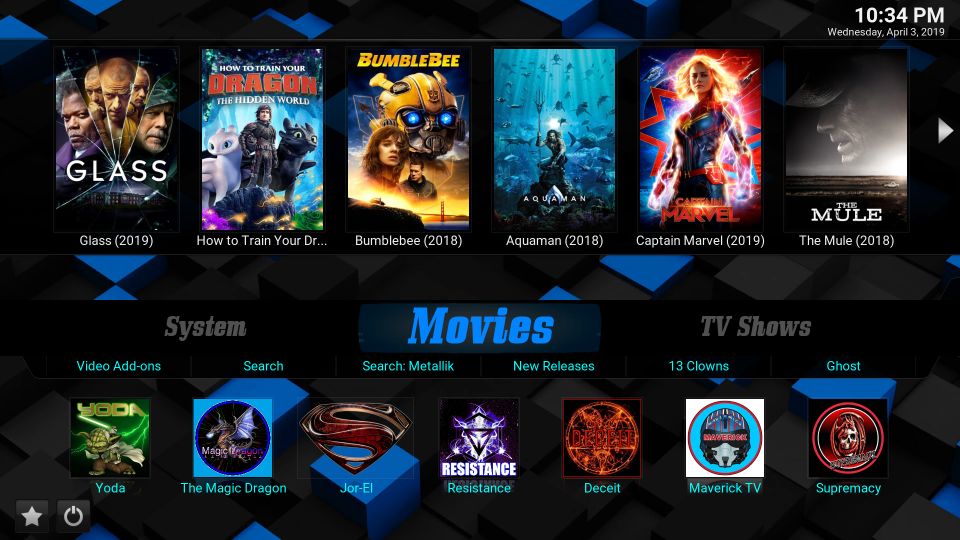 Slamious Kodi Build comes from the very well-known source One Nation Portal. This one is the finest among all the Kodi Builds these days. The slamious build also packs a decent collection of video addons that let you stream just about everything you need. This build contains a user-friendly interface that allows you to get started quickly. 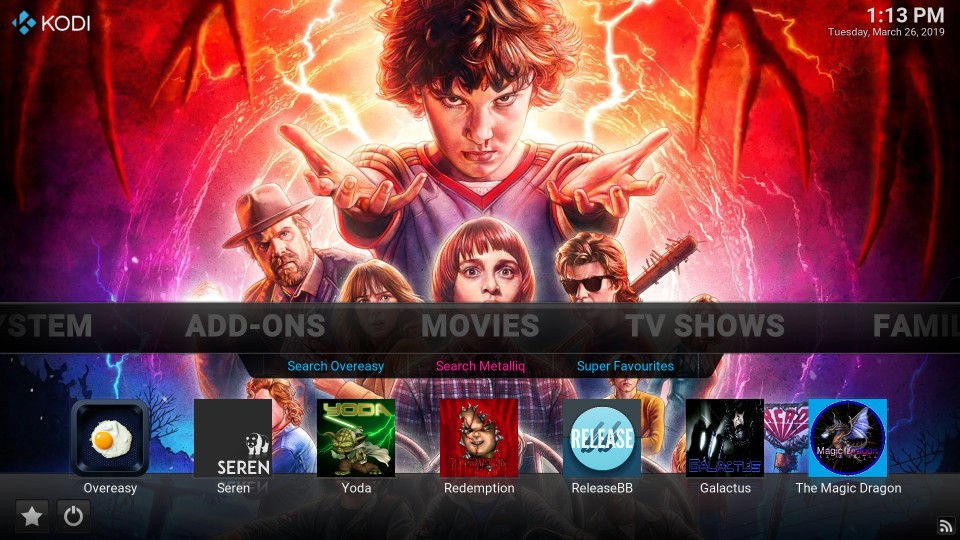 The Xanax build contains the same design as the Durex Build. With a solid library of top Kodi add-ons like Yoda, Maverick TV, Exodus, Redux, The Magic Dragon and a user-friendly interface. It works with Kodi 18.3 and 17.6 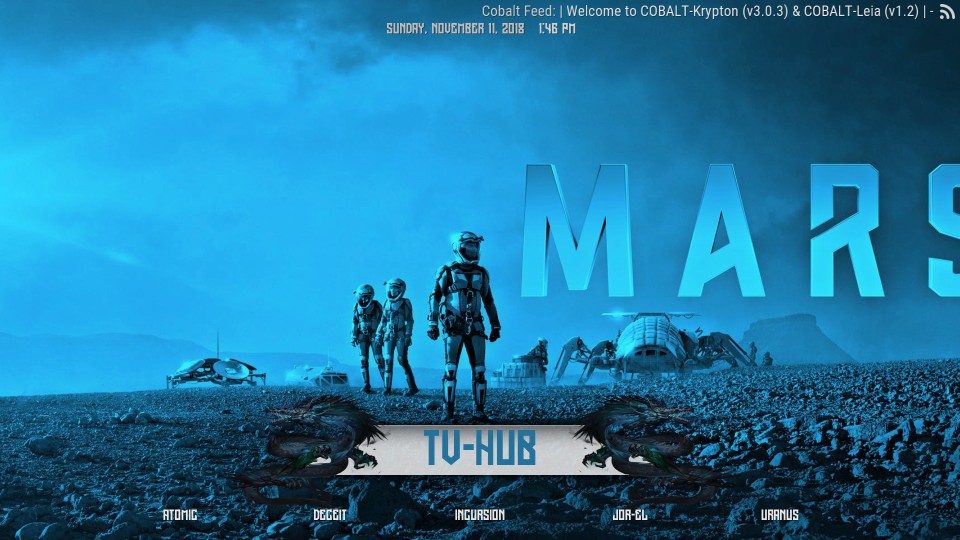 OneNation Portal is a complete and awesome library of famous Kodi add-ons as compared to the other Kodi Builds. This Kodi Build is lightweight and it contains many advanced features in it. One Nation Portal has builds for all device platforms. There are light builds suited for Amazon, FireStick and other low storage devices. It is compatible with Kodi 18.4 and Kodi 17.6 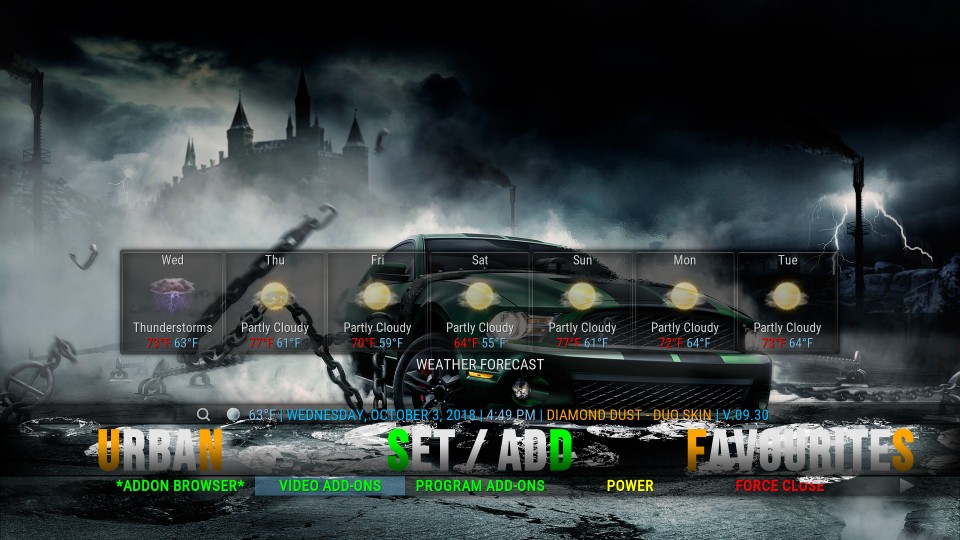 Diamond (also referred to as Diamond Dust, its former name) is one of the best Kodi builds which contain an easy to use interface. This Kodi build covers an impressive collection of the finest add-ons including

Most builds manage to deliver satisfactory content, they fall short when it comes to live TV. As compared to other Kodi builds Diamond Dust has a bunch of awesome live TV add-ons like Oblivion Streams, that gives you access to live satellite channels from the USA around the world.

Diamond is not exactly a lightweight build. At over 350 MB, it looks moderately heavy. It still offers smooth and fast navigation. You will still notice some lags on FireStick and other low spec devices, but I got used to it. Unfortunately, this build doesn’t have any special section for Kids. It is compatible with Kodi 18.1 – 18.3 only. 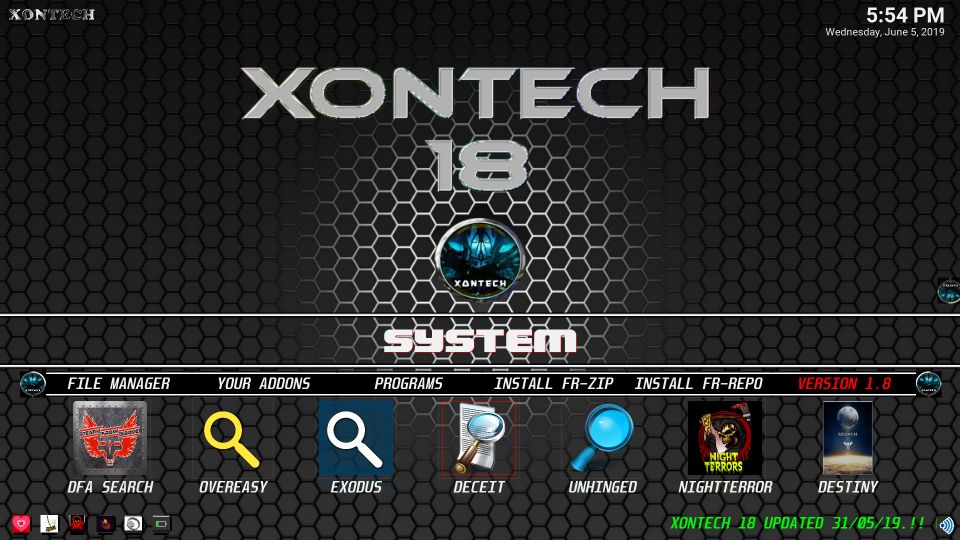 Xontech Kodi is developed and introduced by the popular developers Team Falcon, who have already given us plenty of decent add-ons and builds. This build has a visually pleasing design but without any fuss or complications. The navigation is simple and easy to use. There are plenty of pre-installed add-ons that are working, popular and already on our list and are considered as one of the Best Kodi Addons. The build has also many Program add-ons for utility. It works with Kodi 18 – 18.3 only. 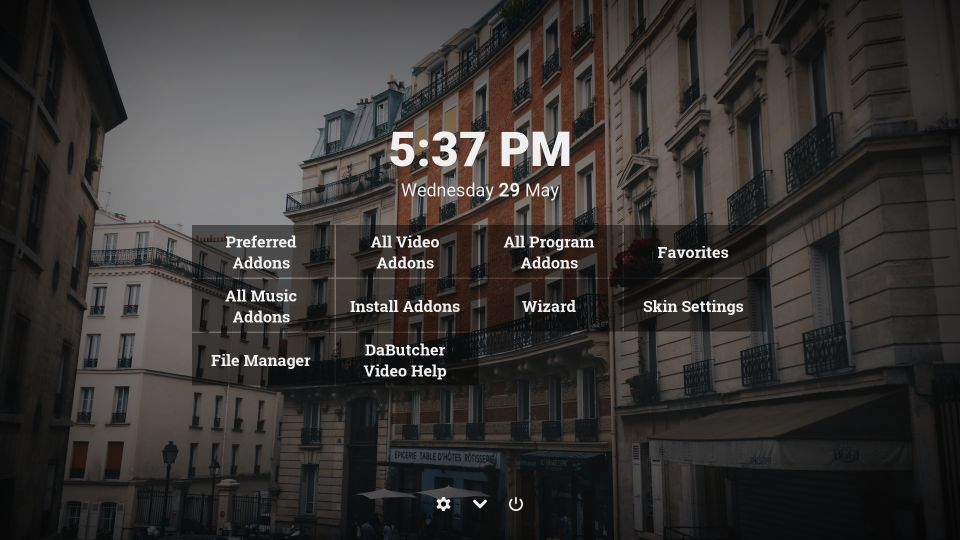 DaButcher is one of the best libraries of Kodi builds I have come across recently. This wizard does not boast of a long list of the builds. DaButcher has less than 10 builds in its inventory. Even though it has just a handful of Kodii builds, they make quite an impression. All its builds are good though DaLight build impresses me the most. The lightweight build offers a completely new Kodi experience through its unique and fresh looking interface. It works with Kodi 18.3 and 17.6

I hope that you will find this article helpful. I have mentioned the top ten Kodi builds which are easy and user-friendly too. If you face any problem then do let me know in the comments section.

How Do I Use a Kodi Build?

Installing a Kodi Build is as simple as choosing from categories such as Movies, TV Shows, Sports, Fitness, Kids, and lots more.