In this article, we will discuss the best putty alternatives. Putty is a terminal emulator that helps you to log into other computers either on the same network or it can also be accessed over the internet.

The basic Putty program has no security but in case if you want to make it more secure then you can connect it with SSH in order to add authentication and encryption that will keep you protected and secure all over the internet.

The putty tool also offers a file transfer option and you can easily approach it by adding SCP and SFTP. This terminal emulator is available for Windows, Linux, and Unix. This program was launched in 1999 and till now it had gained much popularity but on the other hand, there are some cons which are reported by users on several websites.

That is why several users are now in search of the best putty alternatives. In this article, I have compiled a list of several alternatives to putty which are much more advanced than the actual software.

Solar Putty is one of the best and most famous alternatives to putty. Solar Putty is capable of managing remote sessions professionally. It was developed by SolarWinds which is a well-known company. You can use this tool for free without paying any single penny.

Solar Putty helps you to manage multiple remote sessions from a single device that comes with a tabbed interface. You can also save your login details or any other private information before logging in to any session. This feature helps you to log into any session easily.

No third-party installations are required for Solar-Putty and also, it can automate all the scripts whenever a connection is established to any other console. You can surf your saved sessions easily because the windows search is also associated with the Solar Putty.

One of the most important features of Solar Putty is that it supports the SCP, SSH, Telnet, and SFTP server connections. It also supports the SFTP graphical file transfer. 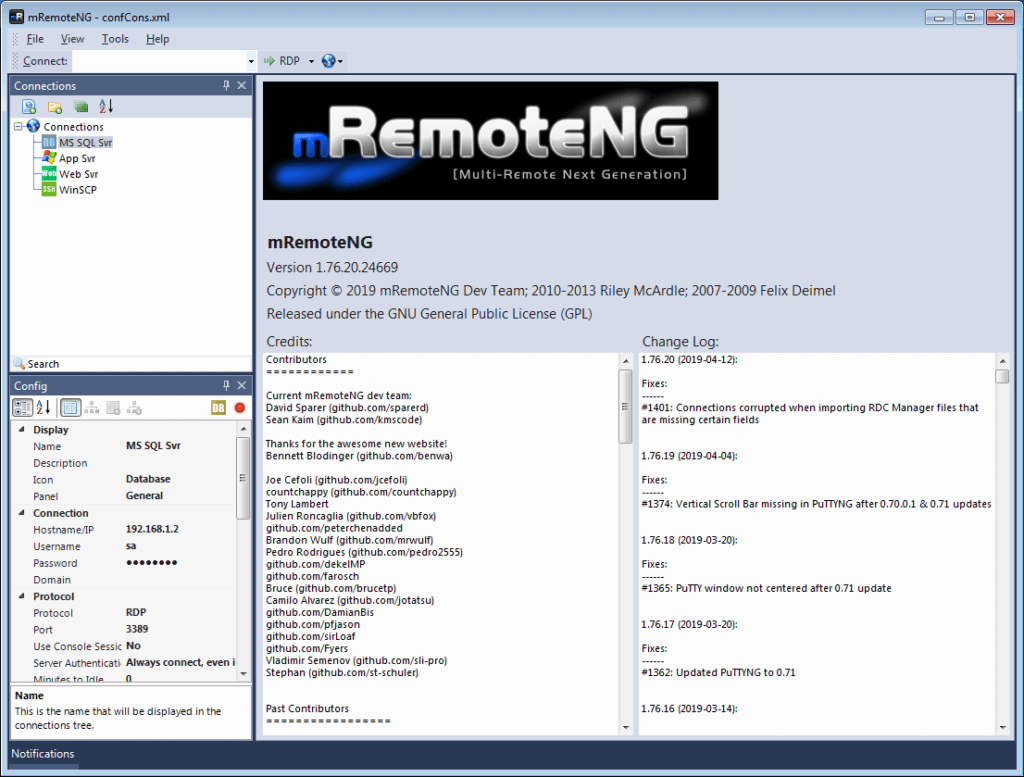 mRemoteNG is also a part of mRemote. It is an open-source, tabbed, multi-protocol and remote connections manager. mRemoteNG in its latest update tried to fix all the bugs and also new features are added to it. mRemoteNG supports the following network protocols:

MobaXterm is another terminal emulator which is much more upgraded, it brings some advanced features such as a Unix-like command line to the Windows. MobaXterm uses the power of Cygwin and it covers it up in a sleek, visual interface that is user-friendly, portable, and decent.

It uses the X11 server, SSH client and other crucial network tools like FTP, VNC, RDP, telnet, and rlogin. MobaXterm is no doubt one of the best emulators to get remote access from one console to several others. This emulator works very fast, It is freemium and you have a limit of 10 sessions.

Overall, MobaXterm is a good emulator but the sessions are disconnected continuously which is quite irritating.

Compatible Devices: This software is compatible with Windows.

WinSSHTerm is free software and you can use it without even paying a single penny. You can use this program in order to connect to multiple servers. You can manage all the connections from a single window with multiple tabs. Thus emulator is really very time-saver than Putty.

The user-friendly interface of the WinSSHTerm makes it easy to use. You can monitor your sessions in different windows, or even in the same window. The simple color coding used in the interface help to reduce the strain caused to eyes. This software is licensed as free and you can use it on a computer or a laptop no matter if you are using a 32-bit version of Windows or a 64-bit version, it supports both.

WinSSTerm supports automatic integration with the X Server. The user is also allowed to start a WinSCP session inside the WinSSHTerm, and there is no need to duplicate the session in WinSCP. WinSSHTerm is highly portable and with a USB drive, a user can run it on different computers.

Currently, there are no annoying things in WinSSHTerm. The navigation tools and keyboard shortcuts are really very time saver especially when you are managing multiple connections. 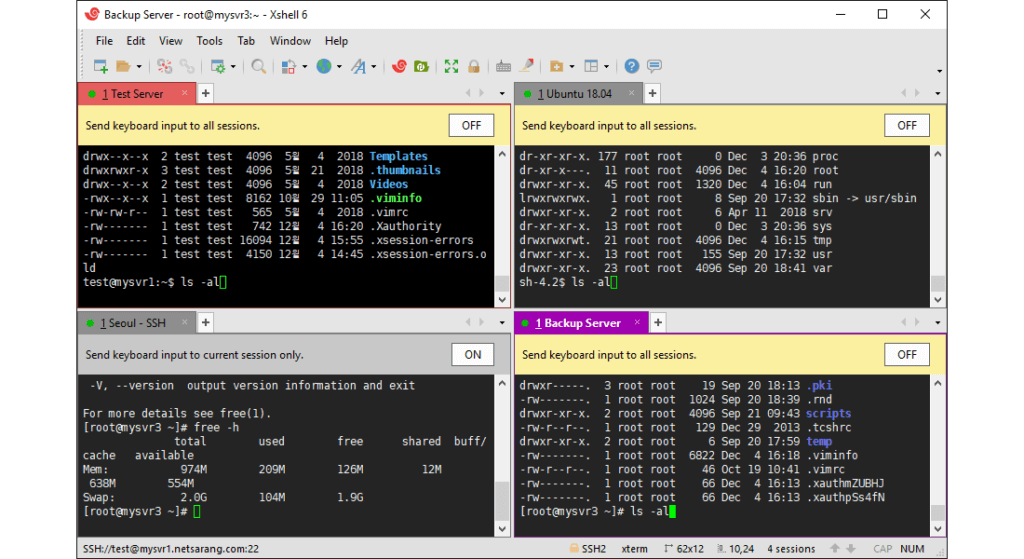 XShell is another terminal emulator which supports many server clients such as SSH1, SSH2, SFTP, TELNET, SERIAL, and RLOGIN.

XShell also supports simultaneous command lines that input across multiple sessions. Also, it offers several customizations matches depending upon your preference. XShell also allows you to view, edit, delete or launch multiple sessions by using the session manager. Another amazing feature of this terminal emulator is the highlight sets feature which is used for visual cues for keywords and other regular expressions.

It supports PKCS#11 protocol which helps the users to store private keys safely by using a hardware protocol.

Also check: Fix “Slmgr is Not Recognized as an Internal or External Command”

What is the difference between Putty and SuperPutty?

SuperPutty is a great alternative to Putty which aims to be a better version of Putty. However, it requires Putty in order to run. In other words, SuperPutty is much better than Putty.

SolarPutty is 100% free and there are no other third party installations required for Solar Putty.

Is Putty an SSH Server?

Yes, Putty is a free and open-source SSH client for Windows and Unix systems. Putty offers you connectivity to any other server who runs an SSH daemon so that it can work as if you were logged in to the other console on the remote system.

I hope that you will find this article helpful. In case, if you have any questions then you can mention them in the comments section. I will try to be responsive to your queries.