In the world of different streaming platforms such as Twitch, Youtube Gaming, and much more there are some other well-known names too, which are known as Open Broadcaster Software (OBS) and XSplit. But many people question that which one is the best?

While browsing through google, you will not find and comprehensive source that provides you detail about both products and neither they compared them correctly.

Many people were saying that “OBS is much better than XSplit” in one result while others noted that “XSplit is better than OBS.” It is difficult to compare these two, but I have included a detailed comparison of them, which will help you to know which one is the best for you. 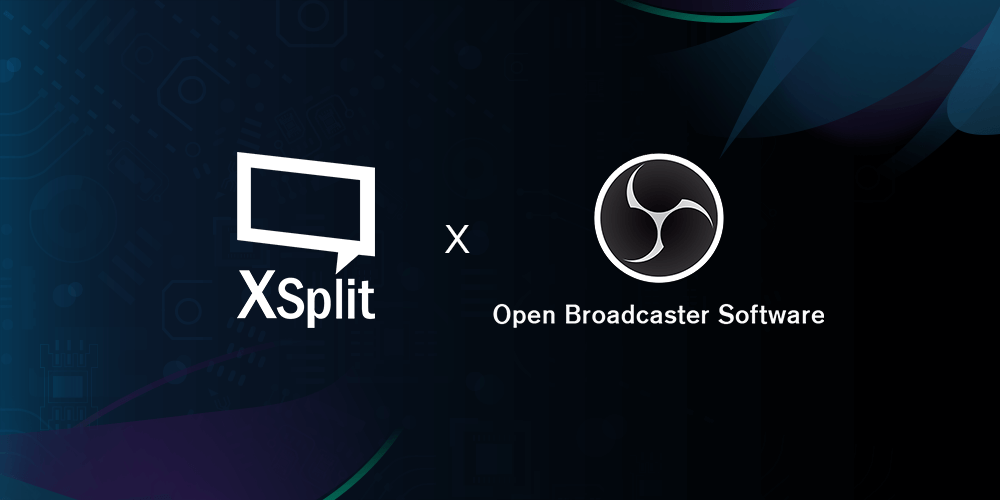 There is usually no reason to use the free XSplit over OBS; XSplit Broadcaster and OBS are both equally valuable (but broadcaster at a much higher price), and while OBS is definitely more potent than Gamecaster, Gamecaster is easier to use and set up. That is why many people recommend Open Broadcaster Software in this aspect.

Now let’s talk about the customizations and plugins of these software.

OBS runs a circle around XSplit Gamecaster in this category. Complex interfaced and options can prove very hard to understand for new users, experience makes these barriers very short over time. While easy-to-use programs will always be easy to use. I will recommend Open Broadcast Software in this aspect.

A customer still looks for some simple and easy to use Softwares. Now let’s have a look at this comparison between Open Broadcast Software and XSplit Gamecaster.

XSplit takes this home reasonably easy. While it may suffer most in the area of performance (and price of entry of useful advancements may put people off), the ease of use makes it very enjoyable to use. XSplit’s in-game overlay is the most significant measures at play here and it almost negates the requires for an additional screen. Whereas Open Broadcaster Software always requires to be played with a browser open in the background screen, and if you don’t have an additional monitor, then it means that a lot of alt-tabbing, which may affect stream quality and be a general pain.

So I will prefer XSplit Gamecaster over Open Broadcaster Software.

Open Broadcaster Software takes this one, hands down.

This software is free for all features.

You must be thinking that if OBS offers all of its features upfront for free, how does XSplit even compare with it?

There are actually a few more things that you should take into consideration than just the price of the software. Streaming games and other things demand powerful hardware and sometimes extra hardware. By default, Open Broadcaster Software manages audio quality better, but it does not contain any additional add-ons that premium versions of XSplit has, such as a simulated greenscreen. These are considered to be the staples of streaming.

Additionally despites the benefits of OBS poses it does not have those features which Gamecaster has. Streamers love to watch and reply to their chats, and XSplit’s overlay allows you to do all the main functions on a single screen. Using Open Broadcaster Software mostly, demands you to have an additional screen to be as efficient, which add ups to the price.

If you already have an additional screen and greenscreen handy, OBS is an obvious choice as far as the budget goes.

What is Open Broadcaster Software?

Technically, OBS is a software that provides real-time source and device capture broadcasting, encoding, recording, and screen composition. It is an Open Source streaming software and recording program which is officially distributed by the OBS project.

What is XSplit Gamecaster?

XSplit is a live streaming ad video mixing software which is developed and produced by SplitMediaLabs. It is mostly used for recording gameplays and live streaming videos.

This was the comparison between OBS and XSplit Gamecaster. I hope that now you will differentiate between both of these applications efficiently. If you got any questions then include them in the comments. I will try my best to solve your issue or related problems.

Is there something better than OBS?

A lot like OBS, FFSplit is free. Since it supports multiple video sources, you can import graphics, adjust audio levels, and switch between video sources.