A YuGiOh deck is a retailed, pre-made deck. It is similar to a structure deck, but it is based on a specific Type, Attribute, Strategy, or Yu-Gi-Oh. It is designed to be playable straight from the box – no other cards are necessary to use the YuGiOh deck.

Most of the players select archetypes or card designs they really love for their decks. I know players who have decks based around the Crystal Beasts, Generic Warriors and there is even a Kuriboh deck. This results in a few heavy defeats when they come up against real viable decks.

But one of the biggest problems is the players budget. Most of us, simply cannot afford to splash out vast amounts of cash on the latest and most significant cards. This is where the budget decks come in, and they provide you with a sturdy deck at a low price. Just take a look at the list of ultimate budget decks of the year, you can see below each entry for a recommended desk-list and price average. 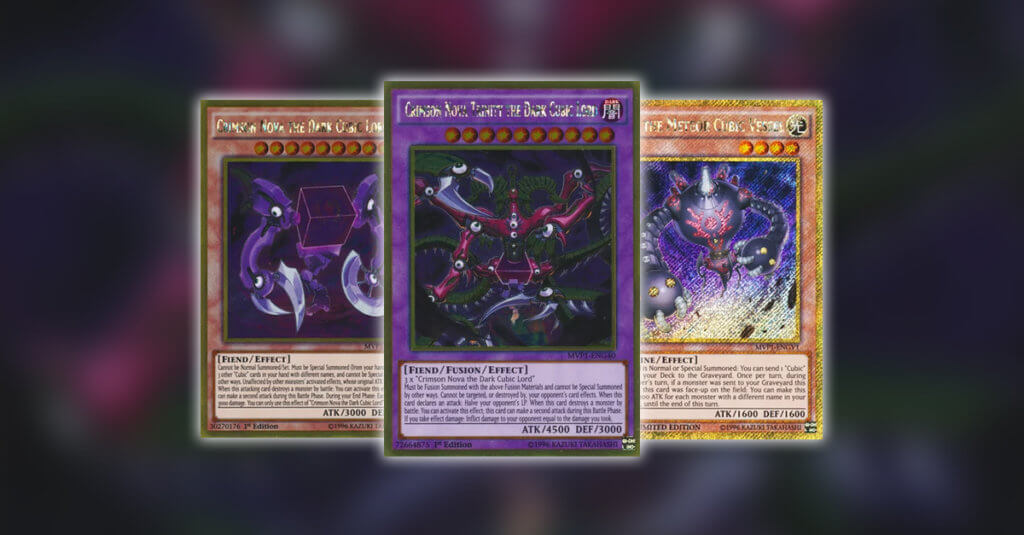 Everyone loves cubic decks. Cubic is known as Houkai in the OCG. It is an archetype used by Aigami in the Yu-Gi-Oh. The dark side of dimensions field and by Sera in Transcend Game.

The monsters in the Cubic archetype can be primarily divided into three series, the Beast “Cubic Beast” series (with the inclusion of Buster Gundi the Cubic Behemoth), the Friend “Cubic Lord” series, and the Fairy “Cubic King” series.

Crimson Nova boosted with Cubic Wave can have 6000 ATK, and deal 3000 damage at the end of the turn. If your opponent has left a monster attack position, with no back-row left to protect it, that is an instant win then.

Cubic rarely uses the extra deck, cards like Eater of Millions fit well for it. It removes all the potential threats and provides some extra cheese. All of these features are available at an extremely low price. The cubic deck is worth it, or you can call it a future investment. 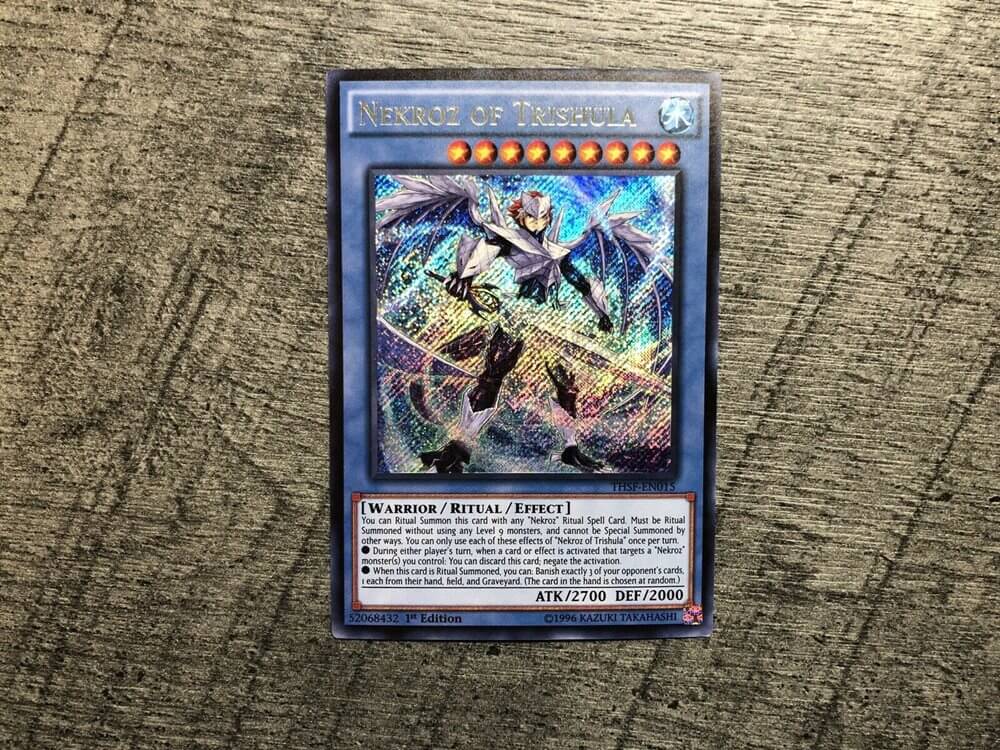 For a long period of time, Nekroz was an extremely expensive Ritual deck that dominated the competitive scene. The hidden List destroyed their viability, seeing most of their main cards are banned or limited. Meanwhile, many changes have come about in the past couple of months.

Nekroz is a Ritual Summon based archetype comprised primarily of water monsters that debuted in Booster SP. Tribe Force with further support in Secrets of Eternity.

The Nekroz Ritual Monsters are counterparts of existing Synchro Monsters (with the exception of “Nekroz of Sophia” and feature similar effects.

The “Nekroz” Ritual Monsters ATK or DEF stats are the same as their Synchro counterparts, while also having the same level.

The effects of the ones with Level from 3 to 6 are used to suppress monsters Summoned from the Extra Deck, while the effects of those ones whose Level range from 7 to 11, provide players with more card advantages, mainly by destroying or vanishing other cards.

As an archetype core, Nekroz is an excellent light budget deck. 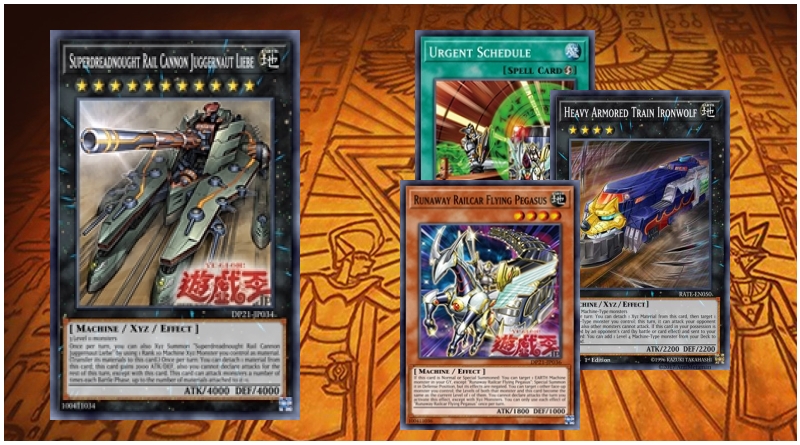 Rank 10 Trains are based upon the dreadnoughts. Rank 10 Trains, seek to get a spam level of 10 monsters on the field, to overlay for powerful XYZ bosses. This deck is highly recommended and it tends to have incredible ATK/DEF stats, as well as some nice beat-dows effects.

Playing a Rank 10 Deck will significantly increase your testosterone levels. By using this deck, you may end up with an oil addiction. 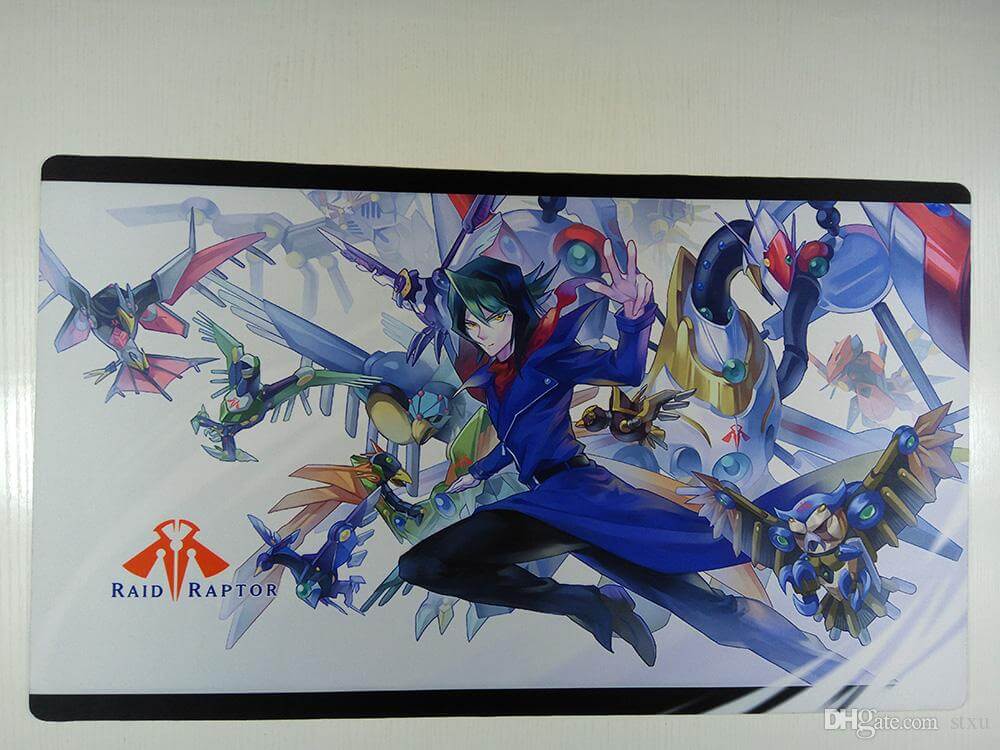 Blackwing Full Armor Master is a remarkable boss monster, completely unaffected by other cards effect and capable of ridding the field of almost any monster. Summoning this boss monster is easy, utilizing the multitude of swarming capabilities the Blackwings have at their disposal.

Blackwing is loved by YuGiOh community for many years, Blackwings finally have a place in tournaments.

Blackwings is a deck with both swarming and speed capabilities. When Crimson Crisis was released, this archetype was considered very unsupported, with only five Blackwing cards being released.

Later on, the release of Raging Battle and Ancient Prophecy. Blackwings grew into a high swarming and Powerful deck. 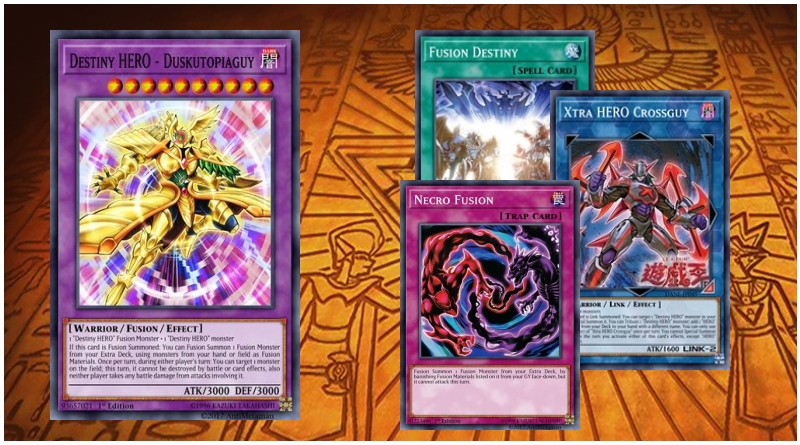 In the OCG, the names of all “Destiny HERO” monsters begin with the letter “D” and end with the word “guy“, with a few expectations such as Destiny HERO – Dark Angel, e.t.c.

These cards resemble British culture within the cards. There is also an emphasis on the passage of time in most “Destiny HERO” card effects, as opposed to the more immediate effects of “Elemental HERO” monsters.

Destiny Hero Monsters are a part of a Super-Archetypeof DARK Warriors that all use similar search and DRAW engines because they are all DARK or all Warrior Cards in the Main deck. But many of these cards that support are frequently banned or at least restricted.

The effect of Diamond Dude is also used as a centerpiece to build a Spell-Heavy Deck around it. Currently, the Destiny HERO related card that involves the “Elemental HERO” archetype is D – Time.

What does YuGiOh mean?

YuGiOh means the “King of Games” in the Japanese language. It is also a pun with the protagonist’s name, Yugi, since it means “games”.

Is YuGiOh an anime?

YuGiOh is an anime based on the Yu-Gi-Oh manga. Duel Monsters is not to be confused with the earlier series of the same name.

How many YuGiOh cards are there?

If you are asking about how many playable cards there are then the answer is 7672 which can be played outside Japan (TCG) and 8245 which are used in Japan official card game (OCG).

Which is the strongest YuGiOh card?

Tier 0 is a deck completely unmatched by all other decks, and could easily dominate the format. The deck that achieves its win condition with little or no possible ways to stop it.