CRYPTO SCAM ALERT!
This is a Crypto Scam Alert Post with proofs provided. If you are also a victim of a scam by [ASICLine, Bithull, Bitharp, Wminers], you can share the details at [email protected], and we will share it on our chain of sites. 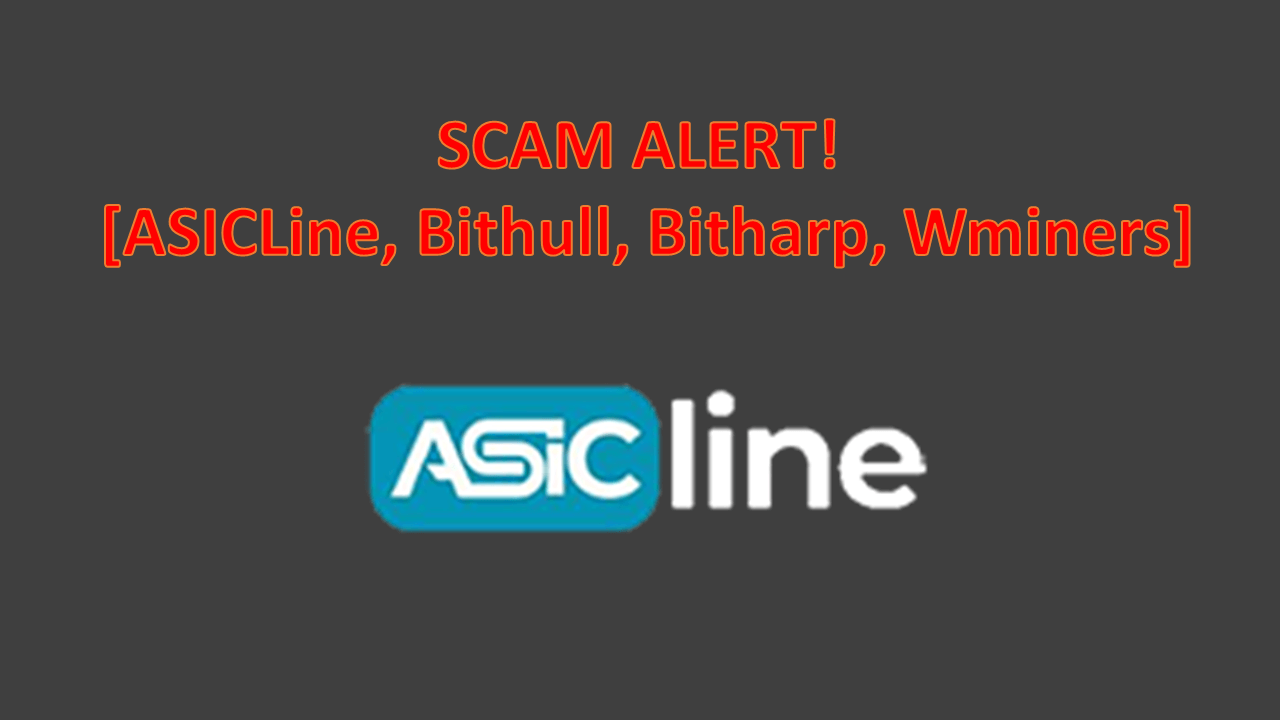 I’m a PR guy and Scammed by the Person who Represented himself as the CEO of ASICLine. I have shared the detailed story on Reddit also. You can check that here: ASICLINE SCAM.

Or read it here:

I’m a PR guy and they approached me on Upwork and asked if I could help them get published on top media outlets.
We agreed upon some publications. And after that, the person name “Martin Muller” represented himself as the CEO of ASICLine Inc.

The person asked for skype for better communication, I provided and we got connected.

After that, he told me that he will place the order for that particular publication on Monday.
On Monday, he said there is that his account on Upwork is taking time to get verified. (It usually takes time).
He asked me to do it outside Upwork, but I said NO, I cant. I will either take an advance payment or the deal will be done on Upwork.

After some time he told me to send a payment request on Payoneer because Upwork is already taking too much time and then I sent. But I received a notification of a canceled payment. It happens sometimes with Payoneer. He said that it’s the Payoneer making problem. He sent me the Payoneer Emails, that were looking legit. And I have faced similar issues with Payoneer so I trusted him.

Long story short, after so much of chatting, he said he will send me an official email claiming that ASICLine will be responsible for the work done. (SS attached 1) And I agreed, here is when I got trapped.

I published their story and asked for the payment, they asked for some edits, I did those. I got suspicious because the person was talking about things he wanted that he didn’t mention before.

I asked for the TRX ID, he said to send an Email to the Press Department they will provide on Monday.

“He was just taking time so that their published story grabs visitors as much as possible and after that, I remove the story, it will be a no issue for them”

Long story short, I didn’t receive any payment yet. (I called them also, one of them picked and when I explained about the work I did and require payment for that, he said he will forward it. After that they never picked my call.)

I mailed many times, there was no response. I gave the last warning and said that I will publish about this scam on each platform and that is when they got triggered and said it is a direct threat and we will file a case blah blah (from Press Email).

At the same time, I received an email from the CEO email. (SS Attached 3). He said sorry for the delay and payment will be made. It was rejected by the bank in Japan and we will make it from the US on Monday, but I knew it is not coming.

I’ll soon make a video with all proofs and publish it on youtube, will share the link here also.

If any of you guys want to have more proofs on the ASICLine SCAM, he/she can contact me on the below Email:

I’m working on talking down the PRESS they got as much as I can and will share the SCAM on each site I have Acess to. If you want to help in this regard, you can contact me on the above-given Email.

How did I discover about their other SCAM Crypto sites?

After publishing details about their SCAM I sent an email to them and they unblocked me on SKYPE with a lot of Treats like getting me caught in illegal activity through my IP, getting me killed by hiring someone, and more. But I have already decided not to leave them like this.

While chatting the person claimed that he doesn’t care if they are exposed or not. They are making new projects each week. He mentions a few more projects of his given below:

Here is the Screenshot of the Claim: 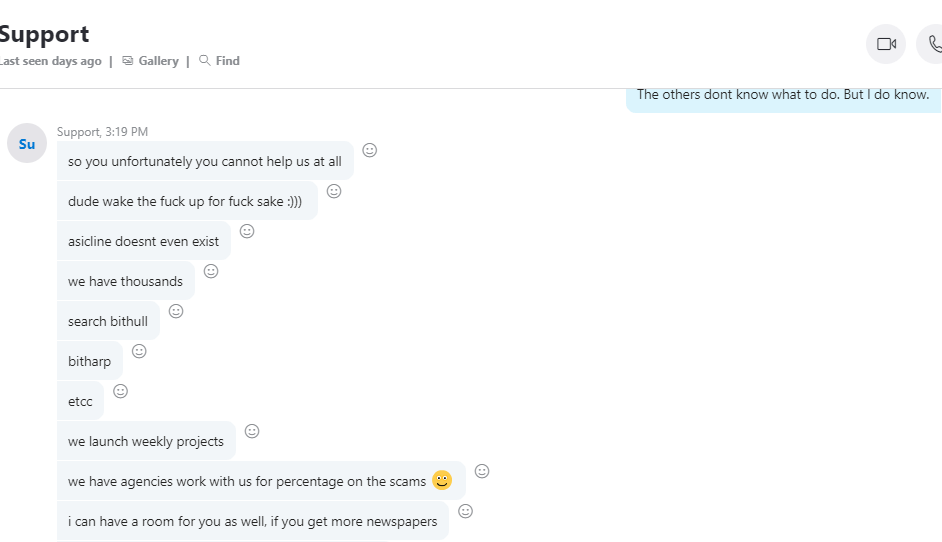 And guess what? They offered me to work with them.

If you know any other site of this network let me know at [email protected] I will include it here.