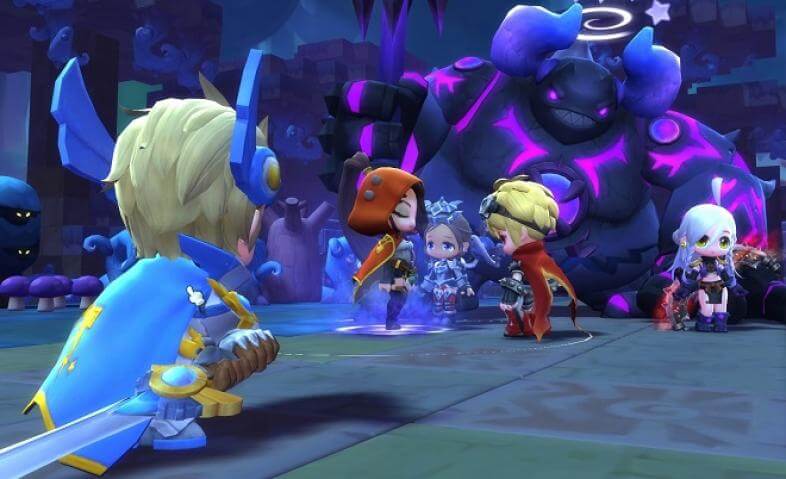 MapleStory is a 2d mode game that has gained millions of fans worldwide. It is a Korean game that firstly arrived in 2003. Due to its regular updates, it keeps entertaining its fans in the fields of quests, classes, themes, and various items. The gameplay is not easy to play but if you keep on playing it then you will soon understand all the controls.

If you are in search of some awesome MMORPG games such as MapleStory then you are at the right place. In this article, we will discuss some of the best alternatives to MapleStory that earned great fame in a short interval of time.

This game has offered a beautiful and diverse virtual world to its players. It is a 2D side-scrolling game that provides its players with MMORPG. It is also a Korean game that was developed in 2006.

Gameplay: In this game, you will face various quests that will help you to become able to travel the world. In this way, you will earn high levels with some special upgrade gear. The most attractive thing in LaTale is the polished look of the gameplay with green scenarios everywhere.

Compatible Devices: It is compatible with Windows devices.

Elsword online provides its players with vigorous action gameplay and skill-based MMORPG. In this excellent game, you will enjoy a combo of 2.5D and Side-Scrolling gameplay with several types of amazing perks and features. This game engages its players into a Guild-Based PvP environment where you can enjoy Skill-based Combats.

Gameplay: In this game, you will be offered a Team-based mechanism that encourages you to be a part of a team, complete several game levels, and progress within the main story.

If you follow the multi-region map then you will go through dungeons, interact with NPCs (Non-character players). Also, you can complete different types of quests and trade for items.

While moving ahead in this game, you will be given a chance to update your skills and avatar as well. In this way, you will learn more about classic lore and gameplay. Every class in Elsword online has its own charm and background history. You will enjoy a similar 2.5D side-scrolling gameplay, combats, and exploration elements as well.

Dragon Saga also known as Dragonica Online seems like a typical side-scrolling game at first glance, unless you learn that it is a 3D game that provides you more freedom to move your character the way you like.

Gameplay: Those who are looking for an entirely new gaming experience should give a chance to Dragon Saga. This game has an innovative combo system, that makes combat feel awesome. Timing and other skills are important to battle and fight up with the monsters and other players in PvP. Also, you can create teams with other players to complete the instances.

This game resembles MapleStory in many aspects. It supports 2D mode that is specially made for scrolling the MMORPG genre. This game is about a lot of exploration as the content of this game is rich and deep.

Gameplay: This game will open a window of a new set in the fantasy world where the evil powers are about to build their empire. Your aim is to prevent them from doing so. In this game, you will be presented as a hero of the human race which is stuck in the world of evils.

To make your gameplay more amusing, this game will offer you with some advanced features such as it will provide you with some options to update your avatar (eyes, hair, weapon, and even gender) so that you can feel that character in Soul Saver Online.

Tree of Savior provides its players with a Ragnarok Online type gameplay. This game focuses on quests, epic journies, and graphically rich experience in a world of chaos. This game is anime-styled and it has some of the most adorable features such as advanced mechanics, vibrant characters and new environments.

Gameplay: In this game, you are assigned to a task that revolves around selecting any of the available characters from the four main classes. These classes include Swordsmen, Archers, Wizards, and Clerics. There are other classes present in the game as well.

Also Check: Best Alternatives to My Candy Love This Year

If you are in search of a game whose main focus is team play and co-op missions then Grand Chase is a perfect choice for you. This game is an action-based MMO side-scroller that allows its users to play different classes by using the same account.

Gameplay: You will start out in a lobby waiting for other players to team up with you. In this game, there are a massive number of quests that you need to complete, all of these quests will grant good awards to your character.

Initially, only three classes are available but you can unlock more characters by completing the quests with a good margin. The awesome fact about this game is that you can freely switch from one character to another.

This game is about ‘Dust’ who is a warrior and was left alone in a forest. In this game, you will play the role of Dust and you have to find yourself all alone in a forest with no memory of past with you. You need to figure out who you are, and in order to do that, you have to complete several missions and quests.

Gameplay: This story begins in the town Aurora where the monsters have been ruling and the people living in that town have surrendered themselves in front of the evil power. This game also offers you some other quests and missions that will make you feel like you are no more connected to the main storyline, but they are worth playing as they grant you some additional skills and resources.

These were the top 7 alternatives to MapleStory. I hope that you will find this article helpful. Don’t forget to drop your suggestions in the comments.